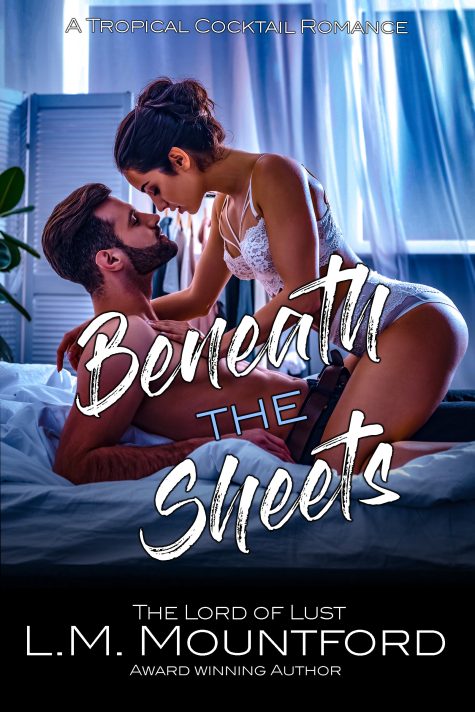 Alex’s life was circling the drain and he was officially one step away from hitting rock bottom after finding his long term girlfriend in bed with his biggest clients.
Then one morning an email arrives from the last person on earth he ever expected to hear from again.
Sarah Snow. His childhood friend, and the uncontested love of his life whom he hasn’t seen since prom night.
And before he could say travel agent, he was boarding the first plane bound for Sydney, Australia with nothing but his passport and an overnight bag.
He’s no idea what he’ll do or say when he finally reunites with the girl that broke his heart but one thing’s for sure…
He’s not going home without her.

Beneath The Sheets is a Friends to Lovers Second Chance Holiday Romance in the Tropical Cocktails Romance Series with no cheating and no cliffhangers, just a lot of heat and a happily ever after. It’s a standalone that can be read and understood by itself but is linked by the Holiday Romance (with a few drinks involved) theme to the rest of the series so you can continue the fun once this bit of fun in the sun is done!