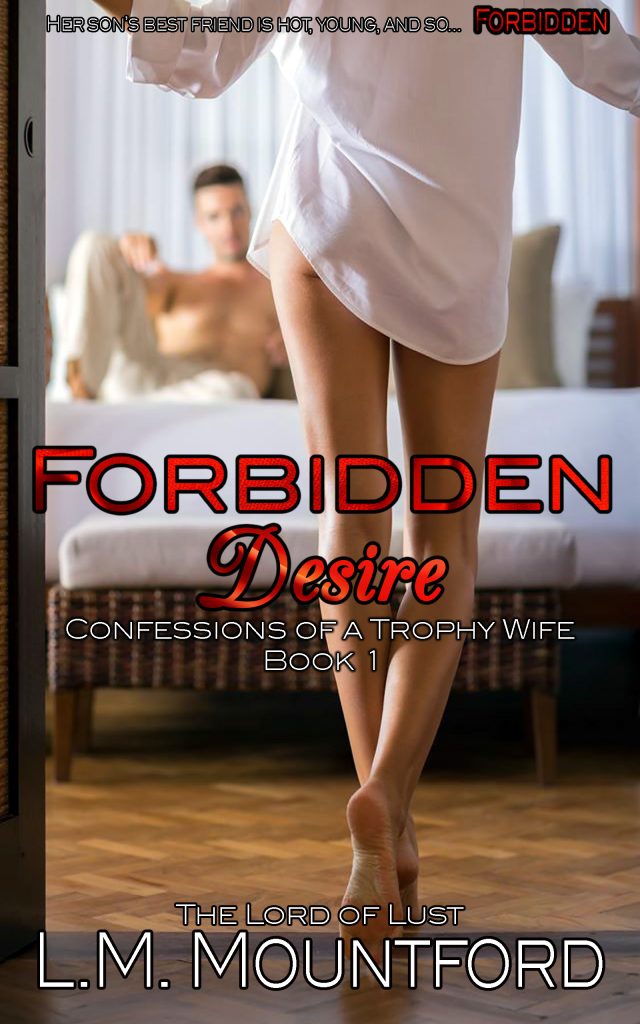 Confessions of a Trophy Wife Book 1

He closed the gap, his big hand moving to gently rest on her denim encased thigh. “I prefer more mature women. Women who know what they want and how to get it.”

To all the rest of the world, Elizabeth Clarke had it all.

A successful husband. A beautiful home. And now a son off to university.

She is a perfect housewife with the perfect life.

Her husband is a lying, drinking philanderer who hates her as much as she loathes him. Her home is beautiful, but empty, nothing more than a gilded cage to keep her trapped in a world she never wanted.

That is, until he came back into town.

He’s hot, young, and so forbidden.

Elizabeth knows she should stay away, but when the devil comes knocking on her door in the middle of the night, what’s a poor neglected trophy wife to do?

Forbidden Desire is a super hot older woman / younger man romance. It has a HEA, NO Cliffhanger and all the steam you have come to expect from the Lord of Lust. 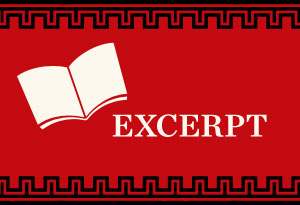 Today should have been one of the happiest days of her life. He’d done it. After five years – five long years of waiting, procrastination and disappointment. He’d finally done it. Victor, her sweet baby boy, was finally moving out and going to university.

It hadn’t been easy. He’d done abysmally in his GCSEs, barely scraping a passing grade, so he’d taken a break to work and save some money, before going out and blowing it under the guise of travelling. He’d wanted to find himself, he’d told her, see the world. And he had, from what she could gather. He’d seen the world, one club at a time.

She doubted she’d ever know what he’d gotten up to out there, and she didn’t want to. He hadn’t written or called, just turned up on the doorstep, then a few days later enrolled in the city college for various courses. He’d worked hard, gotten his head down, studied, and finally, he had done it.

She should have been ecstatic, proud and practically bouncing off the walls. What mother wouldn’t be?

Yet all Elizabeth felt was a sense of abandonment. He was going, leaving her all alone with…

The thought sent a shiver down her spine that had nothing to do with the autumn breeze whispering through her long raven hair.

When the car turned around the street’s bend, time seemed to hold its breath and Elizabeth wanted so badly to bend the laws of space and time around that moment, that last glimpse of her son, and stretch it on for an eternity. Then he was gone and who knew when she would see him again.

Of course, deep, deep down, she knew she was being silly. Oxford wasn’t exactly Beirut. Victor was just a few hours’ drive away. Close enough that he could come home for every Sunday roast.

And go back after.

That bitter pill drove her back indoors.

Desperate to keep busy, she set about doing the one job that had always proved as a source of comfort to her – cleaning. There was usually so much she needed to do, so many jobs that had to be done. A household of a young adult male was one that never stayed clean and required constant attention. Unfortunately, there was now a very vital part of that equation, which was no longer prevalent in her life. Without which it no longer felt like home. Without Victor, it was just another immaculate showroom, a haunted residence for a lingering spirit, the ghost of a neat and impeccable mother, and the basecamp of her travelling salesman husband.

Elizabeth furrowed her brow with disgust as she looked upon the neat pile of stacked plates and dishes in her cupboard, laundry ironed and folded away, and practically sparkling worktops. Then she felt her stomach tighten.

How could it be? Was there something she had forgotten, no that couldn’t be it. She had followed the same routine she had always done and yet, somehow, she had finished five hours’ worth of work in less than half an hour.

With a dispirited sigh, she walked across her now impeccably clean kitchen and fell into one of her dining table chairs. Resting her head in her hands, she tried to think of something, anything, to do.

God, how had her life come to this?

Patrick, he was why. That bastard had always been the source of her misery.

In school she’d always been outgoing, adventurous, the popular girl, always doing something. Be it tennis training or dance classes, going out with friends or babysitting the neighbourhood’s kids – anything that would get her out of the house.

Then Patrick had entered her life and less than five months after her eighteenth birthday they were married.

He’d been so handsome then. They’d made a lovely photo couple. The strapping rugby captain, all muscle and easy smiles, with the leggy athletic beauty on his arm in flowing white lace. The gown had been a work of art. It took a lot of looking in the photos to see the bump, the memento of a night she could remember only as an alcoholic haze, but that would prove to completely reshape her life.

It had been a small ceremony for family and friends. Then he’d promptly whisked her across to the small house his parents had bought them on the over-side of the county, near where Somerset met Devonshire in one of the areas of many sleepy little villages. Ideally located for Victor’s new role in the family business, but far away from her friends and family.

So, she’d become a mother and a housewife. The iconic role reversal from party girl and athlete to domestic goddess. And she’d revelled in it, the challenge of being a new mother, the thrill of bringing life into the world.

For Patrick however, the switch had come as a nasty shock.

The walking, talking definition of a good time Charlie, his family had set him up in a role he’d been born to, salesman for their peat factory. And if the idea of going from garden centre to garden centre, sweet talking them into buying his family’s products, hadn’t quite lived up to the fast-talking rugby star’s dreams of adult life, then he certainly hadn’t bargained on all his hard work going to support his wife and child.

Or that he’d have to keep it in his pants.

She gave a dry laugh at the notion, before her eyes suddenly lit up.