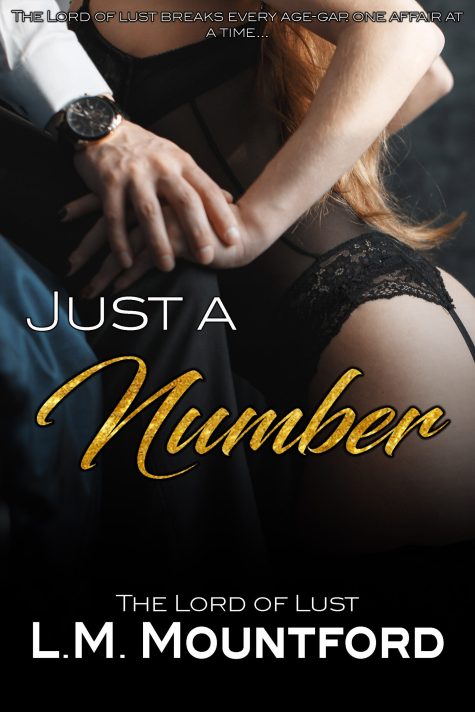 Age is just a number, and this collection of sinfully steamy age-gap romances will prove it…

The Lord of lust has done it again and in this anything but sweet, four book Box Set, full of forbidden Silver Foxes and sassy Cougars, he proves that age is no boundary to love, or lust.

He closed the gap, his big hand moving to gently rest on her denim encased thigh. “I prefer more mature women. Women who know what they want and how to get it.”

To all the rest of the world, Elizabeth Clarke had it all.
A successful husband. A beautiful home. And now a son off to university.
She is a perfect housewife with the perfect life.
It’s a lie.
Her husband is a lying, drinking philanderer who hates her as much as she loathes him. Her home is beautiful, but empty, nothing more than a gilded cage to keep her trapped in a world she never wanted.
That is, until he came back to town.
Hugh Becket.
Her son’s best friend.
He’s hot, young, and so forbidden.
Elizabeth knows she should stay away, but when the devil comes knocking on her door in the middle of the night, what’s a poor neglected trophy wife to do?

He is my Hades.
I’d played the role of a goddess, bound and chained for the service of mortals.
He freed me.
He freed me, unchained me and taken me to his underworld, his dark realm where he’d brought out all my forbidden and secret desires.
And now I’m his.
His attendant. His servant…

Serving the Senator is a sizzling new release from the lord of Lust.
Loaded with tension and sizzling chemistry, it is a modern reimagining of the ancient myth of Hades and Persephone.

He thought his temptations were over, but they were only just beginning…

Until last week, Richard Martin was just another middle-aged guy. Married to a wife he loved, father to a son he adored, stuck in a dead-end job, just counting the days go by…
Then everything changed.
He made a mistake.
Now to save his marriage, he’s going to have to pay the price.
There’s just one problem, Scarlet Holmes.
His Supervisor.
She loves to play games with her staff and now, seeming very aware of his little secret, she wants to play a game.
And she always gets what she wants.
Because she just so happens to be The Boss’s Daughter.

To get over her ex, she is getting under her BFF’s Daddy

‘I’m sorry Cassy, but you’re just too boring for me,’
That was the story of Cassandra’s life.
She was always that girl. The curvy plain jane. She was fine with it, right up until her hot bad-boy ex threw it in her face before walking out of her life. Leaving her depressed and reeling, doubting everything about herself and her future…
So her best friend has spirited her away to her family’s Gibraltar Vila for a little fun in the sun, some much-needed girl time, and a whole lot of boys.
There’s just one problem.
David, her best friend’s recently divorced dad also happens to be staying at the villa. And he’s no boy…
He’s all man. A dark and tempting man who is as forbidden and dangerous as a bar of rich dark chocolate. She knows she shouldn’t go there, but when they’re left all alone for the day, with nothing to do but hang out by the pool, what’s a poor girl to do but take a plunge.